Birthstone rings for moms are special, personal pieces of jewelry that anyone who has children would be proud to wear. As a mom myself, I know I love to wear jewelry that my children have given me through the years. A mothers birthstone ring containing the birthstones of both children and mom is one of the best gifts I could think of for any mom. You may not know much about birthstone rings, but here are some things you may want to know before you shop for one:

Gemstones have been associated with the different months of the year for centuries. In the book of Exodus, the Bible mentions 12 gemstones being attached to Aaron’s breastplate. In the 1st century, a historian named Josephus associated the gemstones with the twelve months of the year and with the signs of the Zodiac. It wasn’t until 1912 however that an association of jewelers got together and formed the current “modern”? List of birthstones by month. Since then, birthstone jewelry has become one of the most popular types of jewelry in the world. An older list of birthstones, the “traditional’ list, is still used although most people prefer to stick with the newer list. It really is a matter of preference – if you like the birthstone associated with the traditional list better than the one in the modern list, by all means, use the one you like best in your mother’s birthstone ring. Some of the months are actually the same in each list.

Mothers birthstone rings make wonderful gifts that all mothers love to have as a daily reminder of her beloved children. The rings usually consist of the birthstones of the children, and sometimes they may also include the mother’s birthstone set in a central fashion, with the children’s birthstones set around the mother’s. There are literally hundreds of designs available in both gold and sterling silver settings. Cubic zirconia rings with colored stones to match birthstone colors are a very nice alternative to the more expensive gemstone versions if you are on a tight budget. The famous Pandora bracelets that everyone loves have birthstone charms and can be coordinated with mothers birthstone rings. One of the most interesting new developments in birthstone rings is to engrave the names of the children into the setting alongside the birthstone. This may not be appealing to everyone, but it has become very popular in recent years.

In the past, there have been more than one list of birthstones by month that was accepted, but currently, there is one list that is generally accepted and used consistently when designing birthstone jewelry. The concept of associating gemstones with months of the year originated during the first century AD. A historian named Josephus came to the conclusion that the breastplate Aaron, described in the Bible in the chapter of Exodus referred to the twelve months of the year – and more specifically, the 12 signs of the Zodiac. Later, in the 15th century, the custom of wearing the gemstone associated with each month during that particular month came into fashion. As the centuries wore on, that custom has changed; the stone associated with one’s birth month is considered to be that person’s “birthstone”. 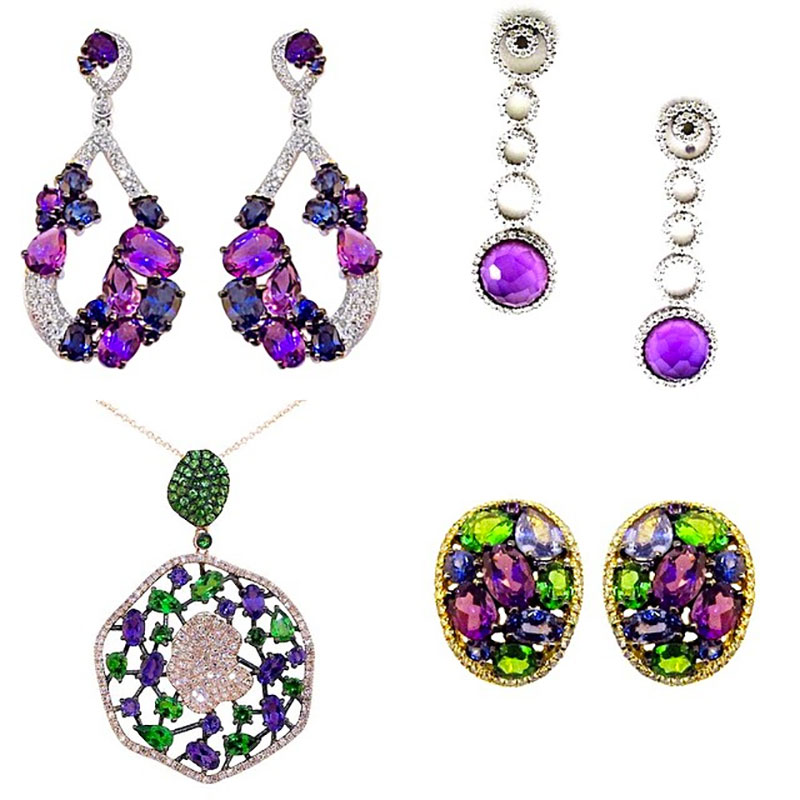 There are several official birthstones by month lists that are generally accepted today. The traditional birthstone list has been around for hundreds of years and is not definitive, because long ago the list of birthstones varied from society to society. In 187o, Tiffany and Co. published a list of Gregorian poems of an unknown author that listed stones associated with months:

Shopping for birthstone jewelry is very easy these days, as there are many great online retailers that specialize in birthstone jewelry. The only problem you will have is deciding what pieces you want! The following list of birthstones by month will help you determine which birthstone you need to shop for depending on when you (or that lucky someone you are shopping for) were born.